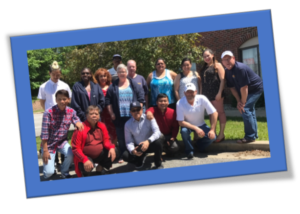 On April 28—Workers’ Memorial Day—UFCW Local 700will once again join workers in Indiana to remember those who
have been injured or have lost their lives in the workplace here in the U.S. and around the world. It is a day to renew the fight for strong safety and health protections.

While decades of struggle by workers and their unions have resulted in significant workplace safety laws, including the passage of the mine safety law and the Occupational Safety and Health Act, too many workers in the U.S. and around the world are still suffering or dying on the job. Here in the U.S., according to the Bureau of Labor Statistics, over 5,000 workers lost their lives on the job in 2016 alone, which is a 7 percent increase from recorded fatalities in the workplace in 2015. Millions of America’s workers continue to suffer from injuries and illnesses at work, and women, older workers, and temporary and foreign-born workers are especially at-risk.

At a time when workplace fatalities are rising, our leaders should be focused on doing everything they can to keep workers safe. But the current Presidential administration is instead working to repeal worker safety regulations, including rolling back a rule that required employers to keep accurate records of workplace injuries and illnesses, and considering a proposal to allow companies to increase line speeds in pork and poultry processing plants. The proposal to trim the federal budget has also resulted in the decrease of federal workplace safety inspectors at the Occupational Safety and Health Administration, undermining the ability of the agency to protect the health and safety of American workers.

UFCW Local 700 and our union employers have joined together to keep our members safe at work, and to address safety and ergonomics in plants. Millions of Americans eat foods that we pack and process – we want them to be safe, too.

The focus on worker and consumer safety doesn’t always exist in non-union packing and processing plants. Our Local Union Representatives and Stewards met with UFCW International Staff and Senior Tyson Management. We worked together to lead in worker engagement and safety.  At Tyson, we stop product lines when product builds up; that’s different than anywhere else in our industry.

Protecting the hard-working women and men who have made our country great should be a core American value.If our leaders are sincere about putting America’s workers first, then they will disavow any and all efforts to weaken and eliminate workplace safety and health protections.

UFCW Local 700 is proud to award $22,000 per year in scholarships to members or dependents.

Applicants must be UFCW Local 700 members in good standing, or their legal dependents; have graduated or will graduate from high school or are currently enrolled in college or trade school; must have completed the SAT or ACT; and must be accepted to an accredited institution OR met the requirements and enrolled in a two-year community college, technical, or trade school.

Applications must be postmarked no later than July 15, 2018.