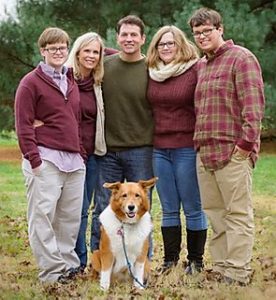 Because of his support of working families across Indiana, dedication to the values embodied by the labor movement, and
commitment to addressing the needs of all hard-working men and women in our state, UFCW Local 700 is proud to endorse Jonathan Weinzapfel for Indiana Attorney General.

“UFCW Local 700 is proud to endorse Christina Hale,” said UFCW Local 700 President Chorpenning. “Christina Hale will stand up for our members in Congress just like she did in the Statehouse – for good jobs, affordable health care, and stronger communities. She has a long record of fighting for working men and women in Indiana. In the Statehouse she was able to bridge political divides to pass important legislation supporting working families – that’s why we’re standing with her.”

“UFCW Local 700 is proud to call Mayor John Hamilton a colleague and friend,” said President Chorpenning. “Our members work here in this community; we feel heard and valued by Mayor Hamilton and his support for local business. Mayor Hamilton stands with us in trying to create more opportunity for our members. We stand Mayor Hamilton and look forward to his continued leadership in Bloomington.”

“I am honored to have the support of the hardworking women and men of UFCW Local 700,” Hamilton said. “Bloomington is a strong community, and our unions have been and are a pillar of our success. I was proud to support the UFCW organizing efforts at Bloomingfoods and the unionization of the co-op makes me even more glad to be a member and frequent customer.  I look forward to continue working with the UFCW to promote strategic growth for Bloomington’s workforce.”

Mayor John Hamilton is the 26th mayor of Bloomington. During his time in office, Mayor Hamilton has dedicated himself to increasing the number of good jobs in Bloomington, promoting sustainability, increasing affordable housing, supporting public education, and making a high quality of life available to all our residents. Under Mayor Hamilton, Bloomington proudly became the first Community Development Financial Institution (CDFI) Friendly City, bringing in new investment for minority-owned businesses, community facilities, and affordable housing.

Mayor Hamilton is committed to ensuring that Bloomington’s future is bright. Throughout his first term, Mayor Hamilton made Bloomington’s children a priority by making $200,000 first-time investments in Pre-K, introducing Youth Participatory Budgeting, and standing up against “lunch shaming.”

Mayor Hamilton announced his candidacy for re-election in December of 2018.

“The United Food and Commercial Workers Local 700 has long been proud to call Mayor Joe Hogsett a true friend,” said President Chorpenning. “UFCW has always been able to count on Mayor Hogsett’s unwavering support of our members, which include everything from food processing to retail workers. We stand behind Mayor Hogsett and we look forward to another four years of strong leadership in our city.”

The UFCW Local 700 represents over 13,500 supermarkets and food packing, processing, and manufacturing plants and is part of the 1.3 million member United Food and Commercial Workers International Union.

“I am honored to have the support of the hardworking men and women of UFCW Local 700,” Hogsett said. “A strong Indianapolis is one that has a strong workforce, and I have been proud to work with UFCW Local 700 and its members over the past three years to ensure that our workforce remains strong. Thank you for your support – I look forward to continuing to build a better future for our working men and women.”

Mayor Joe Hogsett is the 49th mayor of the City of Indianapolis. During his time in office, Mayor Hogsett has made significant investments in public safety, lifted the city’s 35-year moratorium on new streetlights, and launched a comprehensive criminal justice reform effort. This year, with the unanimous support of the City-County Council, Mayor Hogsett laid out an infrastructure plan that will spend more than 500 million dollars on roads, streets, and sidewalks over the next four years, making much-needed investments in Indianapolis neighborhoods.

Mayor Hogsett is committed to creating a city where prosperity and opportunity are attainable for all. That’s why, earlier this year, he launched Indy Achieves, an education program that will provide millions in scholarships and grants to low-income students attending Ivy Tech and IUPUI, helping to increase the number of Marion County residents qualified for the jobs of the 21st century.

Mayor Hogsett announced his candidacy for re-election in December of 2018.

Mel Hall, Candidate for Congress (IN-2)

UFCW International Vice President and Local 700 President Joe Chorpenning announced the endorsement of Mel Hall for Congress in Indiana’s 2ndDistrict. The lifelong Hooiser and former CEO of Press Ganey, a health care patient satisfaction survey company, Hall has dedicated his career to creating jobs and helping hardworking Hoosier families succeed. Hall will fight for all working families in Congress, just like he has for his entire career.

UFCW Local 700 supports candidates who will stand up for the issues most important to our members, like higher wages, paid sick leave, and other policies that help them to enjoy more economic stability.

“Mel knows what it takes to create jobs and opportunity for Hoosier families. We need a champion for the working class in Congress, that’s why we’re supporting Mel,” said Chorpenning. “We look forward to knocking on doors and talking to voters about why Mel is the most qualified to fight for us in Washington.”

INDIANAPOLIS, IN —Today, UFCW International Vice President and Local 700 President Joe Chorpenning announced the endorsement of Karen Salzer for Indiana State Representative (HD-20). Salzer, a Union Representative at UFCW Local 700, has dedicated her career to creating more opportunity for people in Northwest Indiana. Prior to her current position at Local 700, Salzer was a leader in the grocery store where she worked and a staple in the community.

UFCW Local 700 supports candidates who will stand up for the issues most important to our members at the Indiana Statehouse. Continued inaction by Statehouse leadership on issues like living wages, paid sick leave, and other policies important to the economic health of our state have left Hoosier workers behind. These issues will be at the forefront of both Karen’s candidacy and her legislative agenda once elected.

“Karen fights for better lives for our members every day in her professional life; we know she will be a champion for all hardworking Hoosiers as State Representative. We need an advocate like Karen at the Statehouse in Indianapolis,” said Chorpenning. “We look forward to supporting Karen’s candidacy thoughout the election cycle as the most qualified candidate in House District 20.”

United Food and Commercial Workers Union (UFCW) Local 700 represents nearly 14,000 members in the supermarkets and packing and processing plants throughout Indiana. These hardworking men and women are professionals who serve our community every day by producing and selling items that end up on kitchen tables all around our state.

“We are pleased to see that SB1 was passed by the legislature and look forward to the governor signing it into law,” said UFCW Local 700 President Joe Chorpenning. “SB1 encourages Hoosiers to spend their hard-earned dollars within Indiana’s borders. Permitting the sale of carryout alcohol on Sundays in Indiana retailers means more hours on the schedule for workers in our state. This leads to higher paychecks and more opportunity for workers and their families; it means more money in our local economy and a stronger state for all of us.”

This election season, UFCW International President Marc Perrone wants to make sure the campaigns know what issues matter most to our union family, and how they plan to address them. To do this, UFCW is asking for your input on what issues are your priority for the next four years. We will then take those issues and draft letters to each of the campaigns so that Clinton and Trump can address your concerns directly.

We understand that we may not all share the same political beliefs or preferences for candidates – but that’s what makes us strong! We take pride in being a diverse union family and value it as a strength, not a weakness. This is your election, and whatever your political affiliation, you deserve to know how the candidates feel about your concerns.

To take action, visit www.ufcwaction.org/voice between August 1st and August 12th to send us your comments. We will use your input to draft a letter and send it to both Presidential Candidates on August 17th.

Make your issues known in this election. Join our conversation.

Every year on April 28—Workers’ Memorial Day—UFCW Local 700 joins workers in the U.S. and around the world to remember those who have suffered or died on the workplace and renew the fight for safe and healthy jobs.

While decades of struggle by workers and their unions have resulted in significant workplace safety laws, including the passage of the mine safety law and the Occupational Safety and Health Act, too many workers in the U.S. and around the world are suffering or dying on the job. Here in the U.S., according to the Bureau of Labor Statistics, over 4,600 workers lost their lives on the job in 2014 alone, and millions of America’s workers continue to suffer from injuries and illnesses at work. Women, older workers, and temporary and foreign-born workers are especially at-risk.

Although the Obama Administration has taken action to strengthened safety and health protections, including a new rule to protect workers from deadly silica, stronger whistleblower protections for workers who report job injuries, and OSHA’s new severe injury reporting program, Republican lawmakers and their corporate backers are trying to roll back existing protections and rights and block new safeguards. Republican lawmakers are also supporting right to work laws, which make it harder for unions to bargain for workplace safety protections, along with the better wages and benefits hard-working men and women have earned and deserve. In addition to political obstacles, our country’s growing wealth gap and low-wage, part-time economy has emboldened many employers to cut corners, violate workplace safety laws, put workers in serious danger, and punish those workers who report job hazards or injuries.

On Workers’ Memorial Day and every day, UFCW Local 700 stands with workers in the U.S. and around the world who are fighting to uphold their basic rights – including the right to report dangerous workplace conditions without retaliation and the right to join a union for a safer and healthier workplace. All hard-working men and women deserve a safe place to work, and those politicians and corporations that weaken work safety laws and exploit workers for profit and put them in danger must be held accountable.