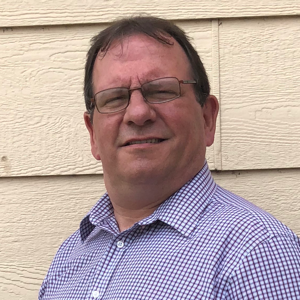 The members and staff of UFCW Local 700 build a strong union and help create more opportunity for all workers in our community. We are proud to provide our members with professional member services and representation.

We’re glad to welcomeUnion Representative Billy Brown to the UFCW Local 700 team. With over thirty years of experience in union work, Billy brings a wealth of leadership and knowledge to this role. He started with Kroger in 1984 and became a member, Steward and Executive Board Member at UFCW Local 1000; he worked his way up from a bagger to a Produce Manager. After that, he worked for UFCW Local Unions throughout the Midwest, and as a Regional Director for AFSCME, a union representing public sector workers.

“I wake up every morning with the goal of making someone’s life better,” Billy says.

Outside of work, Billy enjoys sports – especially the Dallas Cowboys – and playing golf.

Billy’s territory includes Bloomington, Columbus, Morrisville, Martinsville, and Southern Illinois. He can be reached at bbrown@ufcw700.org or (317) 316-1448.